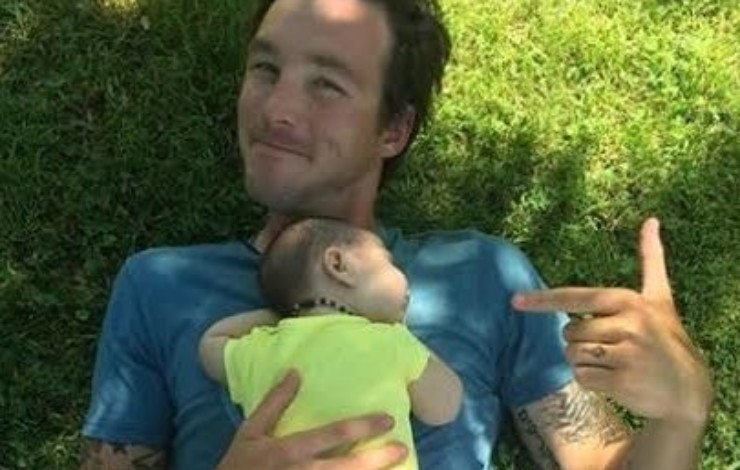 Ok, let’s start this birth story off right, as written by none other than the daddy and father of the newborn. Get ready for an epic tale of international travel, cutthroat adversaries, and the midwife heroes who come into the house rendering aid, encouragement, and victory at the most pivotal moment of the plot… the birth of the chosen one!

Well, maybe not THEE chosen one, or international travel… or cutthroat adversaries either I guess. But this baby is pretty darn special to me and my wife. I mean, I am the dad for heaven’s sake.

At baby number 6, one of them being a miscarriage, my wife was ready for someone who actually embraced and lived out in their calling the gift children are to a family and blessing they are in a life lived in thankfulness to the God of the Universe. Our first 4 were the product of all that modern medicine had to offer through the military. We had some wonderful well-meaning doctors and nurses, but at the same time, they often lacked the empathy or were unable to live out their beliefs and compassion without fear of losing their jobs or being written up for going against “standard operating procedures”, regardless if said procedures were good for the baby/mother, or not. At best they were indifferent, at worst they could be cold and manipulative and several times we found ourselves outnumbered against the status quo. This was a struggle which I’m sure many can understand. Being sternly told, if not nearly threatened, by professional opinions based on none other than speculation and the agenda pushed by a growingly hostile culture to family and children.

Nonetheless, my wife stood strong and (patiently) helped me grow in my understanding of just what it means for a mother to have her child the way she is called, what’s best for her and her child, and what it means to have children the way God intended. I mean, people have been having babies for millennia without modern medicine and seem to have actually gotten along relatively well when you follow the wisdom God has given us to follow, whether you believe in Him or not. Sometime you have to fight for what you know is right, even if you are outnumbered and lack the proverbial ammunition to fight the more educated and worldly/humanistic founded medicine. I have the utmost respect for my wife, and many other women, fighting for so long with minimal to zero support in her corner, even from me at times, whether it was intentional or not.

Now that I have rambled for a bit going down the darker path one can take, it’s time to turn this story for the better. This is the part where the midwives come in to save the day. Hooray!

Terry and Rachel were downright awesome. The definition of heroes to the T. We ended up coming to the clinic they were at later in the pregnancy because of us moving across the country. And even at that, when the clinic they worked with decided to pull what is in mine, and many others, opinion some very underhanded business practice, Terry and Rachel remained pure and true to their calling of being for the baby and mother first above all. The relationship they built with my wife and family, and I mean family in every sense of the word, made it an obvious choice of where our loyalty would stay when it came to the birth of our next precious one.

Terry and Rachel continued to meet with us, encourage us, and prepare us for the reception of our child at home over the next several months. And when the time came, we were all both ready and excited.

So now that I have built up the plot line over the last several paragraphs, it gets very simple from here really. When my wife was ready to give birth, her water had broken, and we stayed true to the birth plan. I called Terry and let her know the situation and she and Rachel showed up at our house shortly after. Throughout the night as my wife’s labor progressed they seamlessly cared for and encouraged her, professionally handled the medical side of recording details, etc., and integrated as members of our family, carrying on despite fatigue and challenge. If this wasn’t a calling on their lives, I doubt anyone would be able to carry on with the compassion and love Terry and Rachel did without breaking down in the ever changing environment of each new baby’s birth and family environment they step into.

Our birth went wonderfully smooth, Praise God! I chalk that up to a lot of prayer and claiming by faith the promises of God. And as a dad, standing by my wife and believing in her even when I have my own doubts and struggles. Whether you can grasp what I am saying or not, or even agree with it, the fact is that hands down Terry and Rachel were absolutely wonderful and a pivotal part of our team as we had our newest baby girl. In every step of the journey they were there to build us up, encourage us to stay the course, and when the explosive breach went off on target, they were first through crushing the mission of giving birth in empathy, love and compassion… with a vengeance. As written by a dad.

So here it goes, the final verdict. I am a man, and as such I look at most things with the eyes of adventure and intrigue. Birth stories don’t come naturally to me as being “inspirational”. I may redefine some of the plot line to make the adventure that much more BA in my opinion… like explosive breaches and direct action raids, but it doesn’t take a rocket scientist to recognize and call out the super heroes, assets to the family birth team, and world changers that Terry and Rachel are. All because they follow their calling and walk it out daily down the mean streets that we call life. Being a midwife is for true gangsters if being a real gangster is your calling. And I believe we are all called to be real G’s in our respective lives whether that’s as a school teacher, trash man, or accountant. Terry and Rachel are true to their calling, caring for the baby, mommy, and family, and being a light of hope and encouragement in what can honestly be a time of shadow and unknown and what can often be a scary and hostile realm to a mom (and daddy, we handle situations different) at any time of her life be it her first child or fifteenth. A smile in an unfriendly place can turn the outcome around.

Terry and Rachel rock. If you want to know that you and your baby are in good hands and cared for as you get ready for the big day and beyond, seek them out. It will be a decision you won’t regret and may just shift the course for you and your family for the better and beyond.

-Written by a man.

The Birth of Genevieve

The Birth of Axle