Claire arrived two weeks early, but it was perfect timing. Any earlier and we would have been in the middle of moving. Any later and my mom and grandma would have missed out on the birth.

My mom and grandma were in town to help us move into our new house. We had movers come on Thursday, us girls cleaned out the old apartment on Friday, and Mom and Grandma planned to head home on Saturday. It was about 8:30AM on Saturday, they already had the car packed, and had woken us up to say goodbye. I had been having what felt like normal Braxton Hicks contractions all night but and didn’t think much of it. We were all outside for a few minutes, looking at the yard, when suddenly liquid started trickling down my leg. “Um, I’m leaking,” I told them, as I headed inside.

I tried to clean up and do some pelvic rocking, not sure if I had accidentally peed myself or if it was my water actually breaking. Michael came in to check on me and we decided to give Terry a call.

We described what was going on and Terry said, “It sounds like we’re going to have a baby!” I tried to stay calm and not get too excited, in case I had one of those labors that started and then stopped for a week. She instructed me to eat a good breakfast and let her know when the contractions were getting closer together and stronger.

My mom and grandma decided that they were going to stick around for a little while to see if we were really having the baby. Grandma’s birthday was the next day and she was anxious to get back home and go to her birthday dinner. At one point she asked me if I thought I could wait until the next day so the baby would be born on her birthday. I don’t know if she was joking or not, but I told her I’d ask the baby, but no promises.

We tried to go about our business and eat some breakfast. I kept having little gushes of water come out, so I carried a Chux pad around with me to sit on, which was pretty awkward. I didn’t want to start timing contractions yet, so after we ate, I tried to lie down, listen to some meditations, and relax through each contraction.

Once the contractions were stronger and lasting over a minute, I told them we should start moving in the direction of the birth center because I was not going to be very comfortable in the car once things got more intense. Michael was going to take me and my mom was going to come in her own car right behind us. Grandma said she’d be too nervous there, so she was going to stay at our house and work on unpacking the towers of boxes.

Mom and Michael started doing dishes, taking showers, and getting ready to go, but things were starting to move pretty fast for me, so I told them we needed to hurry it up because I wasn’t feeling that great and was starting to get nauseated. I walked into our bedroom to finish getting dressed and promptly threw up all over the white bench at the foot of our bed. I threw up A LOT and called for help. Michael came in to help me while Grandma cleaned up the mess. I felt bad but knew I had bigger business to attend to. Before we left, Grandma took my hand, with tears in her eyes, and said, “The next time I see you, you’re going to be a mommy!” We got me settled into the car and headed over to the birth center.

Once we were there, I couldn’t believe that we were there to actually have a baby. It was strange going up the stairs knowing that I was going to get in the giant bathtub and have the experience I’d been waiting for. I didn’t know how exactly it would go, but I didn’t have any time to be scared or nervous.

Once upstairs, Terry checked on me and I was already dilated to 7cm. Things were moving along quickly! They filled up the bathtub and we started notifying our family and photographer. Our photographer, Jamie, was riding in from Dallas with Michael’s sister, Margaret, and I really hoped all the action would hold off until they arrived. 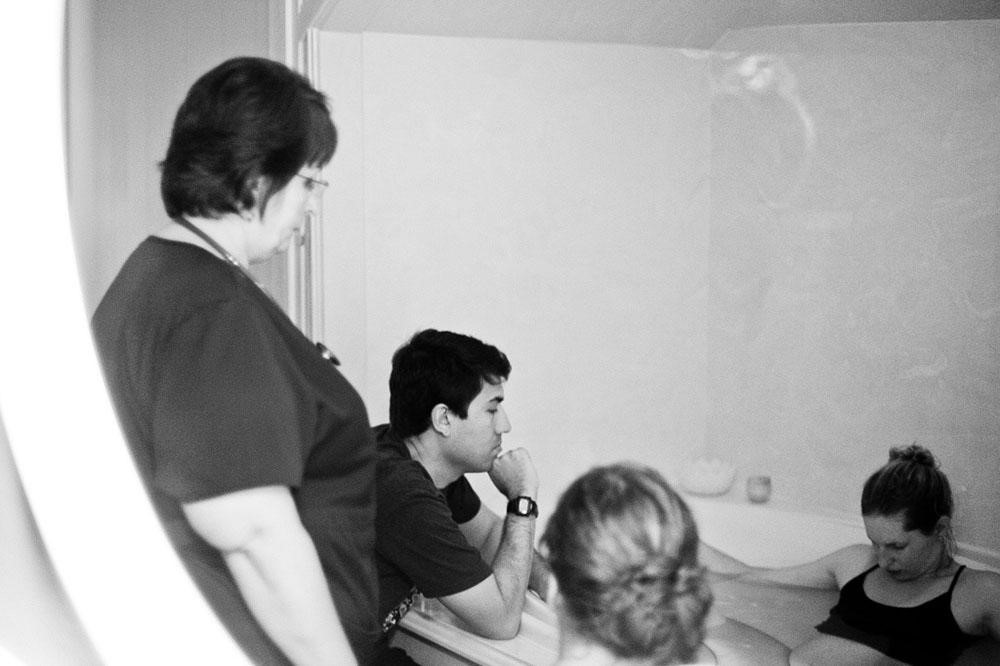 The bath water felt amazing and I immediately felt more relaxed. Michael helped me with my relaxation exercises and kept putting a cold cloth on my neck and forehead. Margaret and Jamie arrived and Jamie started taking pictures. Now we had everyone we needed there with us: Michael, Mom, Margaret, Jamie, Terry, Rosetta, and Melissa. The next couple hours (minutes? days?) are kind of a blur and I only had a few complete thoughts at that time. “Michael’s hands are like volcanic lava. How did they get so hot and where is the icy cloth?” “I am SO glad we decided not to videotape this.” “There are a lot of people watching me on the other side of the tub, but if I just close my eyes, they all go away...”

Melissa kept checking the fetal heart rate and Terry checked my cervix again to see if I was fully dilated. She told me that I would start to feel the urge to push soon and that I should just go with whatever my body felt like doing. I kept breathing through the contractions and suddenly, my whole body felt like it was convulsing. “Uh, I’m starting to push,” I told them, although I didn’t feel like I had anything to do with it. It was completely automatic and I had no choice in the matter. My uterus took over and did what it was supposed to do, pushing 2 or 3 times per contraction. Soon, the baby started to crown and Terry had me reach down to feel her head. It was a very strange feeling and it didn’t hit me that that was my baby, I just wanted to get back to the business of pushing. It took 5 or 6 more contractions before she emerged, and I had begun to wonder if she was ever going to make it out of my pelvis.

The last push was painful, but worth it when Terry put a little, white, baby alien on my chest. She was beautiful! I was so relieved. She was covered in vernix but was healthy and perfect. We got her cleaned up and got me out of the tub. 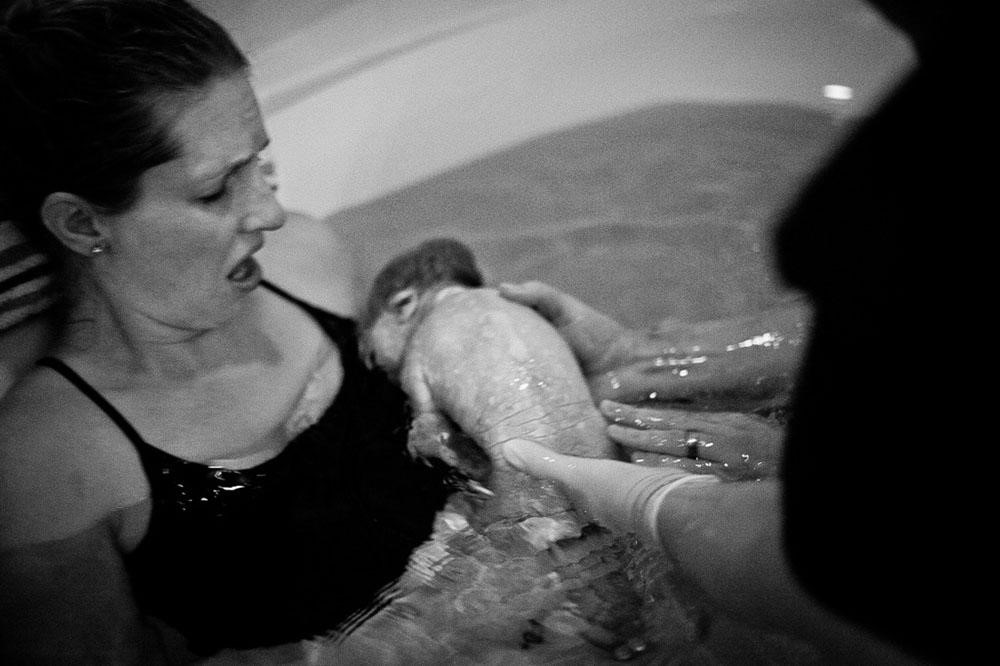 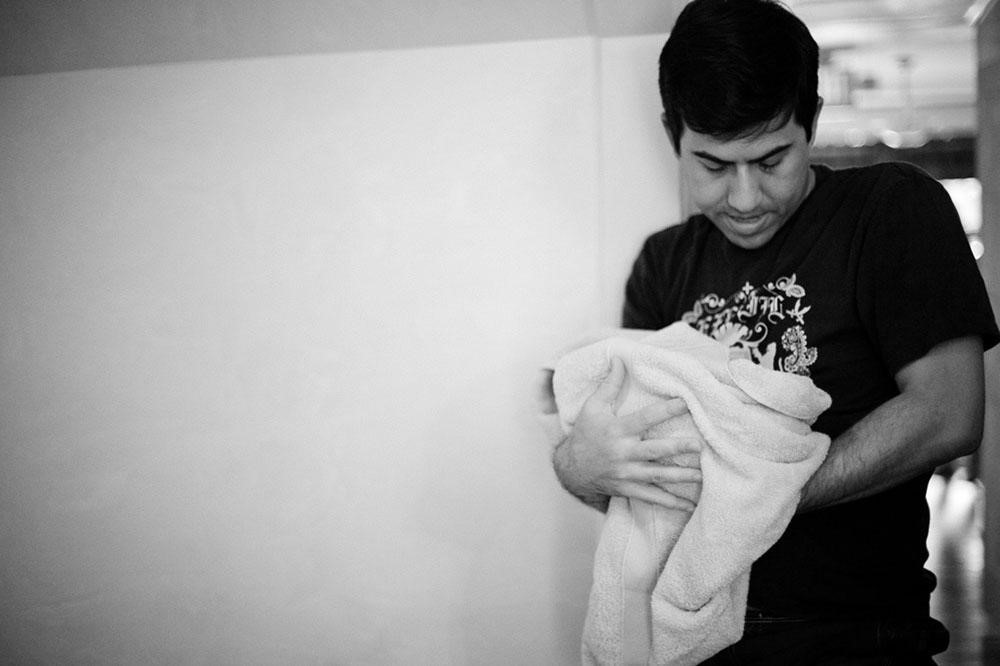 Michael and I got some time to spend with our new baby and be together while she nursed for the first time. I was so proud of her for latching on right away and thankful to Michael for his coaching and support. I fell even more in love with my husband and our little family. What an incredible experience! 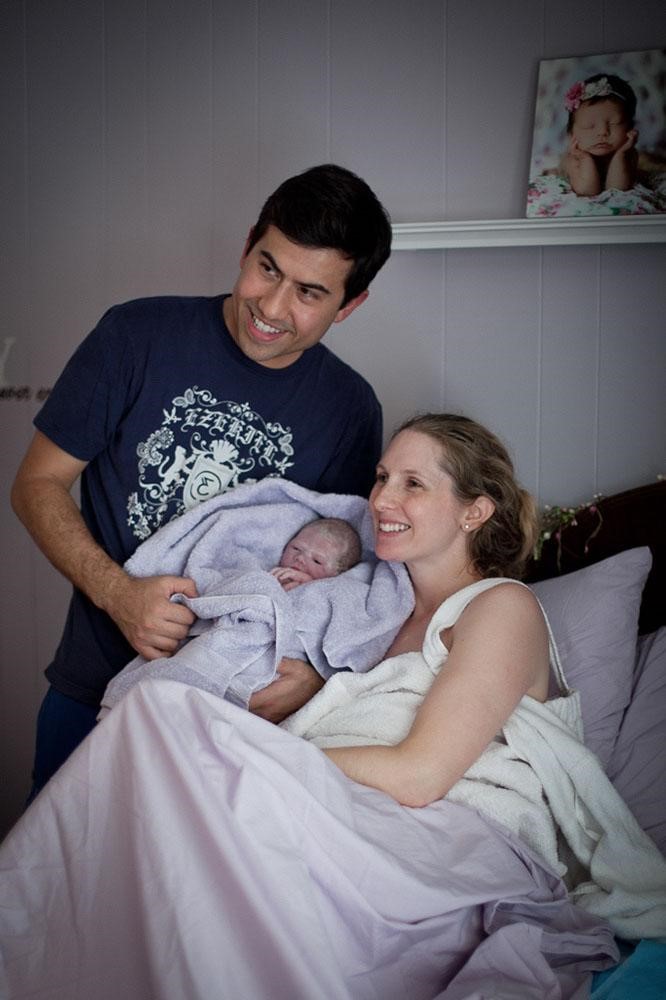 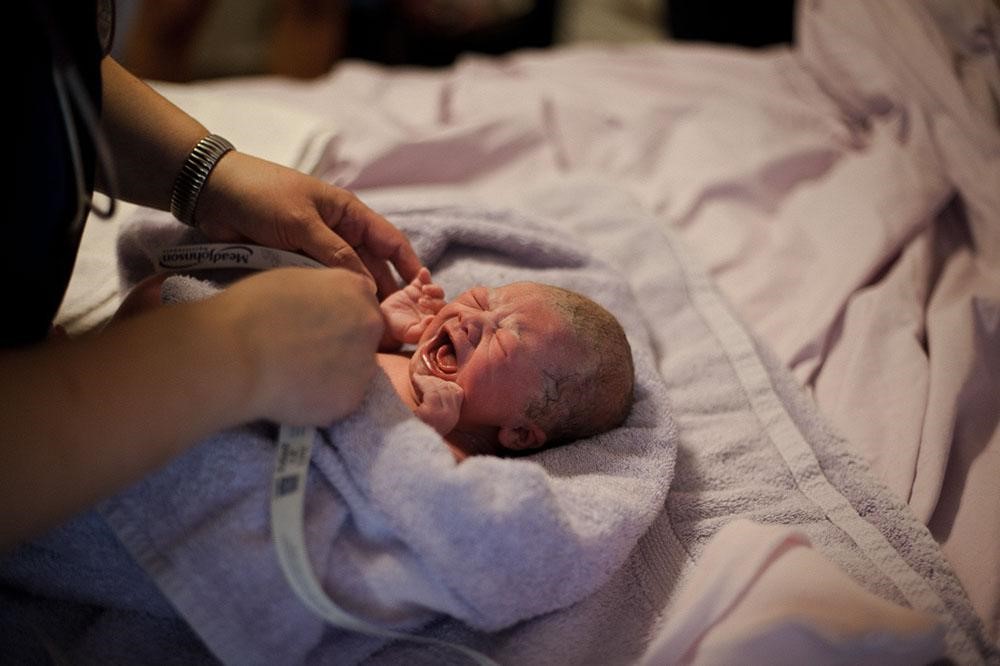 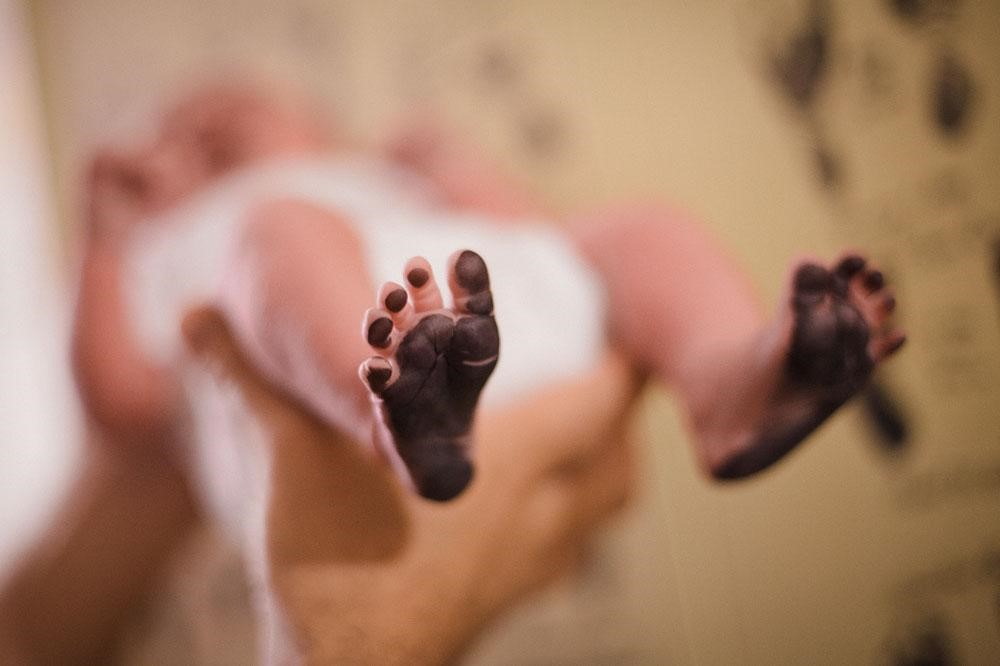 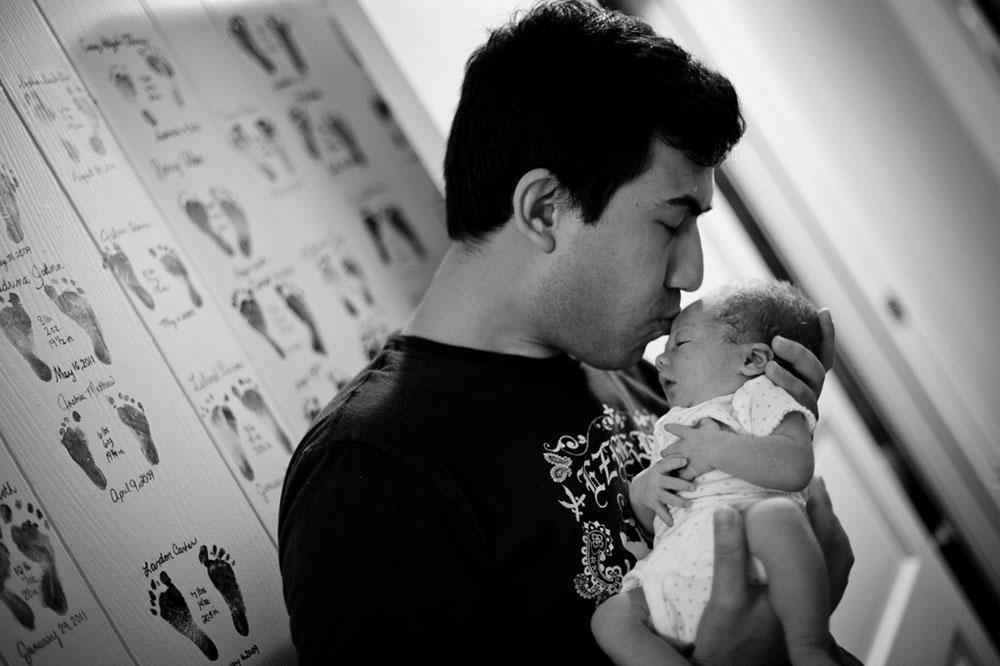 The Birth of Genevieve

The Birth of Axle